On the 3rd May, FLAG Paints celebrated their 75th Birthday!

Being one of the 5 key distributors of FLAG Paint means we had the delightful pleasure of being invited to their 75th Birthday Party! Ordinarily a Birthday would be celebrated with a cake, maybe a few candles and sometimes a drink of champagne, but for the anniversary of their 75th birthday, FLAG decided to go all out and organised what turned out to be fantastic day on a barge.

Now we know for many of you, a day on a boat sounds like a nightmare, but for us, it was genuinely a fun filled experience. The special day was enjoyed by the 5 key distributors, including us, the directors and managers of the company, plus 40 of the FLAG factory workers, who work hard to produce FLAGS top performing paints day in, day out.

As the barge cruised down the Blackwater River, from Mordon to Osea Island, (Osea Island was the site of a Coastal Motor Torpedo Boat base during World War I and 2000 sailors were billeted there, mainly in temporary huts which were removed after the war). The 1979 film ‘Black Island’, directed by Ben Bolt, was shot on and around the island.  This rare film is not on general release but can be obtained from collectors. The film is about two young castaways who get captured by escaped convicts on the island, and their subsequent escape attempts. Both the 1989 television adaptation of Susan Hill’s novel The Woman in Black and the 2012 film adaptation of the same used the island’s causeway as the location for the fictional Nine Lives Causeway. The island was used for auditions on the ITV1 show Superstar, filmed in early 2012 where it was known as Superstar island. It was the second episode and included eliminations. Andrew Lloyd Webber was casting for a new lead role, in his production of Jesus Christ Superstar. Melanie Chisholm, Dawn French and Jason Donovan were also on the panel.)

We had the pleasure of meeting the sun for a couple of hours which meant we could enjoy the 3 course meal that Tony and Martin generously put on for us, combined with a couple of cheeky beverages of course. Everyone had a fantastic day and the lunch was delicious.

The organisers of the event, Tony Grover and Martin Moon, should take a lot of credit for the ongoing effort he puts into making FLAG paints constantly tick and we thank him very much for hosting this prestigious event which marks the company’s 75th birthday.

Three quarters of the way to 100 years is a tremendous landmark, and we give credit to everyone who has helped FLAG paints reach such a remarkable milestone.

If you want to see more photo’s of FLAG’s Birthday adventure feel free to follow this link and it will take you directly to their official FLAG website.

A little piece of knowledge for you:- Historically, wooden barges  like The Hydrogen Thames Barge in Maldon would be typically coated with bitumen paint – similar to our Teamac Bitumen Paint.

Another amazing project using #Keim Granital! Promain have a full range of Keim products available and an experienced Technical Team on hand to provide expert advice if you have a similar project. Get in touch today! #Promain #Listedbuilding @KEIM_UK https://t.co/aoPgSbPnLy 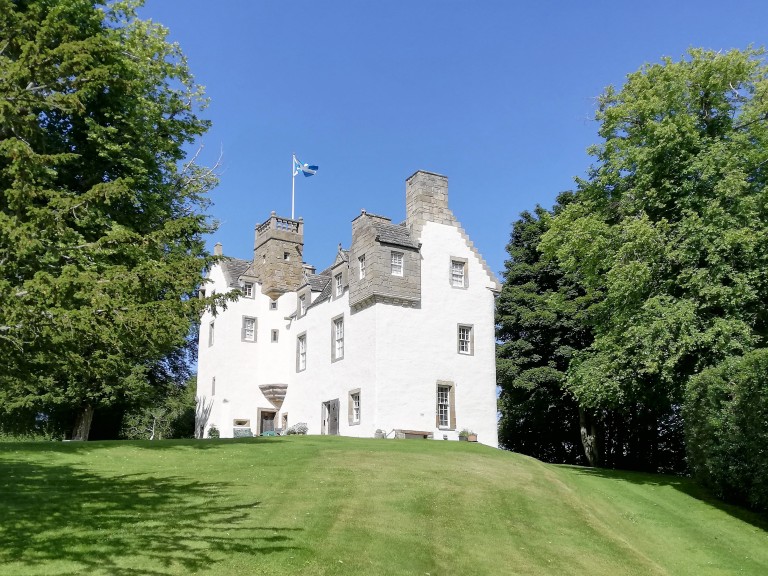