Promain have been approached to specify a new line marking paint coating for the start/finish line used for the Lands End to John O’Groats Race. 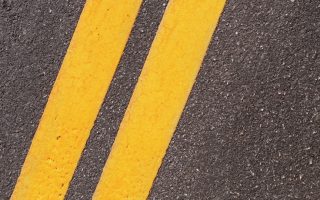 The product suggested was the Centrecoat Epoxy Line Paint with added Glass Beads to aid reflectivity.
Land’s End to John o’ Groats is the traversal of the whole length of the island of Great Britain between two extremities; in the southwest and northeast. The traditional distance by road is 874 miles (1,407 km) and takes most cyclists ten to fourteen days; the record for running the route is nine days. Off-road walkers typically walk 1,200 miles (1,900 km) and take two or three months for the expedition. Two much-photographed signposts indicate the traditional distance at each end.

Land’s End is the extreme southwestward (but not southern or western) point of Great Britain, situated in western Cornwall at the end of the Penwith peninsula, O.S. Grid Reference SW342250, Post Code TR19 7AA.   John o’ Groats is the traditionally acknowledged extreme northern point of mainland Scotland, in north eastern Caithness, O.S. Grid Reference ND380735, Post Code KW1 4YR. The actual northernmost point is at nearby Dunnet Head. The point that is actually farthest by road from Land’s End is Duncansby Head, about 2 miles (3.2 km) from John o’ Groats.

The straight-line distance from Land’s End to John o’ Groats is 603 miles (970 km) as determined from O.S. Grid References, but such a route passes over a series of stretches of water in the Irish Sea.