Promain are regularly contacted by clients looking to protect memorials. Over the years, we have supplied protective coatings to the Sherman Tank in Slapton Sands. Find out more about the tank and paint below.

The Story of The Sherman Tank

It was the mystery and magic of Slapton Sands that drew Ken Small to Devon, England. He was a happy man running a guest house, fishing, netting and potting until one fine day, without any reason, he had a nervous breakdown.

Ken started beach-combing as part of his recovery for his breakdown. He spent several years doing this and found old gold coins, diamond rings and even gold bracelets. To his amazement he also found a large amount of militaria like shrapnel and shell cases, live and used bullets of all callipers, military buttons, and pieces of military vehicles and equipment. He thought that something must have gone terribly wrong during the Second World War. He was quite right. What he found was evidence of the American practice landings for D-Day and the disaster during Exercise Tiger in April 1944.

Sometime later, he was told by a friend, a local fisherman, of an ‘object’ some three quarters of a mile out to sea embedded in 60 feet of water. He ventured out to sea in his boat with his friend and a few divers to find out more. When the divers surfaced having inspected the ‘object’ they said that there was an American Sherman tank intact on the seabed.

Ken wanted to know more of what had actually happened. Local people from neighbouring villages reported of hearing heavy shelling and bombing during the war. There were also rumours that many American soldiers had died in this area. This all happened back in 1984.

The Restoration of The Sherman Tank

Ken decided to recover the Sherman tank and put it on display as a memorial for those who had died there.

Forty years after the tank was lost it was towed ashore & winched up the beach. When the tracks hit the slipway the running gear turned as freely as it had in 1944. The tank & surrounding plaques are here today due to Ken’s
determination to provide a lasting memorial to those who lost their lives during Exercise Tiger.

The Sherman Tank and Promain

Promain have been donating paint and expertise to Dean and his family for a number of years now. 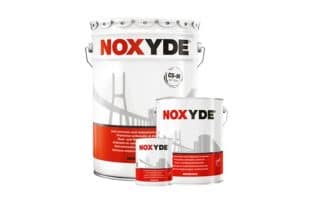 Originally we provided Bedec MSP as a simple solution. As the tank is now getting older, a far superior product is now required. We have recommended the use of Rust-Oleum Noxyde as this is a C5-M product.

A C5-M product is a coating that is classified for use in marine, offshore, estuaries or coastal areas with high salinity. This means this new specification is up to scratch as a highly durable paint with a life expectancy of in excess of 15 years (with correct preparation).

With the up coming 75th Anniversary on 14th April 2019, the Sherman tank will be the site of a memorial service. The Royal Tank Regiment, Plymouth Branch, will be conducting the service on site. Representatives from the Royal Navy and dignitaries from the American Embassy in London are to be in attendance. This is along with local government officials. If you are interested in finding out more, visit the memorials website here.

The site continues to be of great importance locally, historically, educationally & of course emotionally. It is now also a tribute to the Small families determination.

Do you have a military vehicle, tank or memorial that requires protecting or restoring? Contact our technical team today on 01462 421333 to discuss your unique requirements.