As part of our series on the case studies of Zinga cold galvanizing, we would like to introduce the redevelopment of the Royal Train Shed in Milton Keynes. This grade II listed building was completed in May 2009 and has won several prestigious awards due to it’s sympathetic redevelopment.

The Royal Train Shed building was constructed in 1889 as a part of the improvements to the Wolverton works. Designed by the Works Superintendent C A Park, it was a state-of-the-art railway works building for its time. It housed the original Wolverton Station between 1838-1840. At the time, the building was one of the most important integrated large-scale manufacturing sites in the world. The Royal Train Shed has had many uses at its peak. Initially it was built as a lifting shop, then evolved into a underframe shop by 1926 and a heavy machine shop in 1934.

When the works were reorganised in the sixties, the building became the storehouse for the Royal Train which was built on site. The Royal Train was then stored here until 1991, were it has been unused since.

Each wall pier carries a light wrought iron or steel truss spanning the building to leave the floor space unimpeded. Since it was designed as a lifting shop, the walls were made to be very strong to support the tracks for the travelling cranes.

The Plans For The Royal Train Shed

Due to the demand for new housing, the Royal Train Shed was selected for rejuvenation. As the building had been disused for a number of years, and is in an ideal area for commuters, it is understandable why this development was appealing. The development was in construction from 2007 to 2009. Currently in 2018, the luxury houses within the shed are available for rent.

The £65m redevelopment of Wolverton’s historic railway sheds and the surrounding area has won various awards.

The regeneration of the grade two listed Royal Train Shed has now won the Modern Railway Restoration title at the National Railway Heritage Awards. The project had already been voted the country’s best mixed use development in the What House? awards.

Due to the cast iron construction with exposed beams, the task of delicately restoring the metalwork was a priority. After extensive discussion with the team at Zinga, it was decided in-situ cold galvanizing of the metalwork was the best protection.

The aim was to refurbish the Royal Train Shed and to build ten 3-bedroomed houses inside the original building. This involved blasting and re-pointing all of the existing brickwork, followed by removing and repairing all of the 80 cast-iron window-frames. The roof was then completely replaced (timber with glass skylights) and then the ten houses were built inside. The rough ground outside (the original site of the Wolverton football ground) was landscaped into a park with a small lake.

Below you can see the overall of view of the main train shed in 2007 before the work commenced. The Royal Train of Queen Victoria was kept in this building when not in use. This photo was taken shortly after all of the cast-iron support columns on the east side of the building and all of the wrought-iron roof-truss ties have been blast-cleaned and cold galvanized.

As the main shell beams had now been sufficiently prepared, the contractors could now focus on the windows. Several of the cast iron windows were required to be taken off site due to cracking frames that needed to be rebuilt to specification. Once the windows had been repaired, they were ready to be cold galvanized so they could be put back into place.

At this point, the warehouse floor has been totally untouched. Building work shortly began after this stage to construct the new houses and sufficient floor preparation / coating. 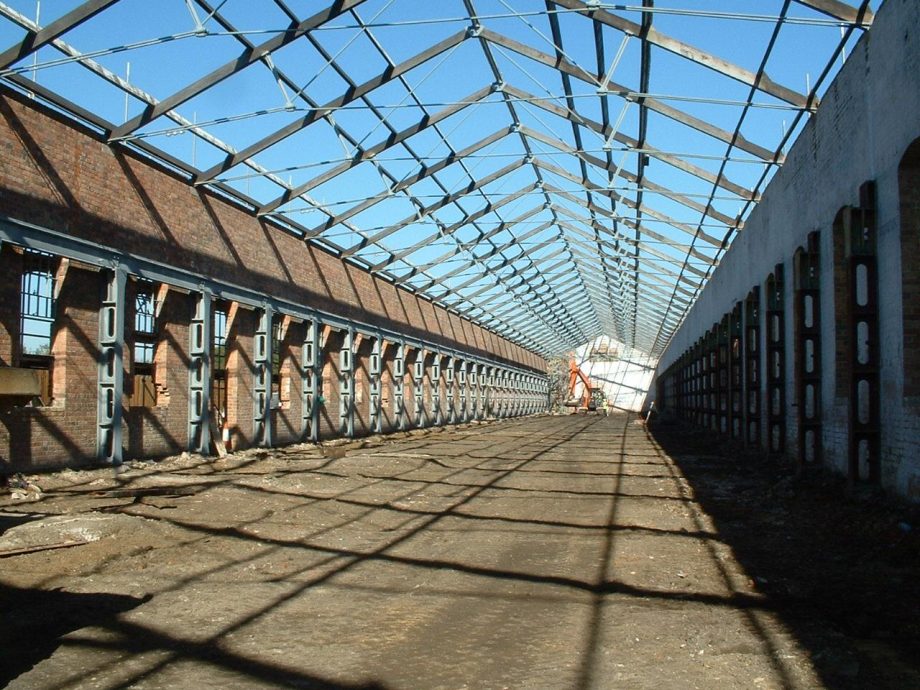 A view of the exterior of the completed building in May 2009 can be seen below. A total of twenty impressive cast iron windows running down each side of the building, it is understandable why the construction is protected. 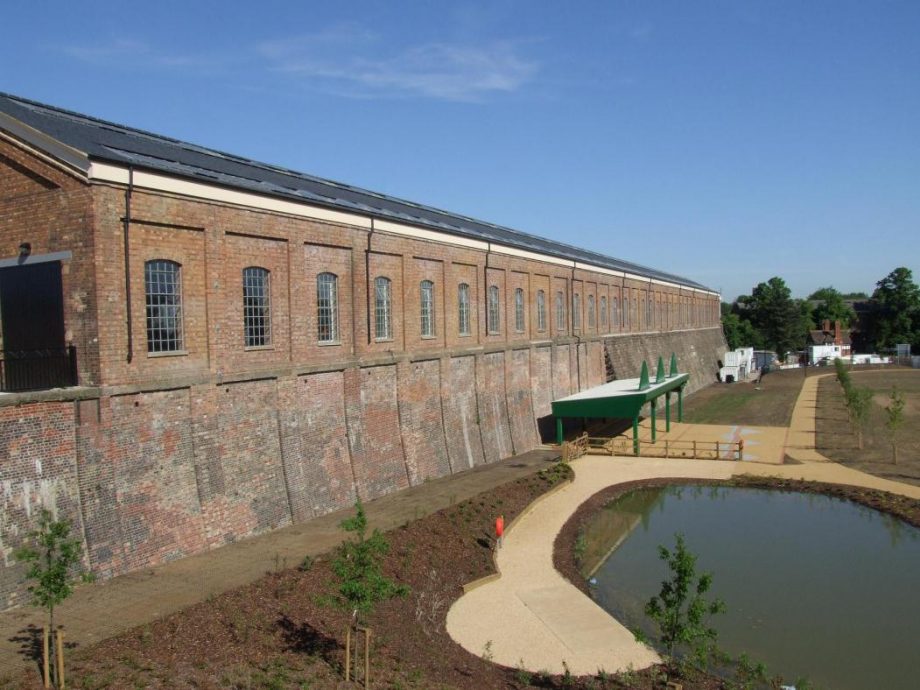 After in depth conversation with the team at Zinga, the windows once repaired were treated with Zinga 96% with Zinga Zingalufer. 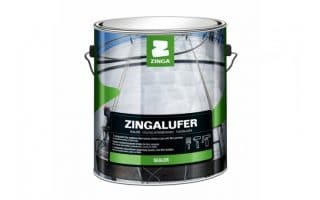 Zingalufer is a one-component polyurethane MIO coating. Zinga Zingalufer can be used as an intermediate layer or topcoat for an existing layer of Zinga 96% in immersed or chemical environments. Examples of suitable projects include ship hulls and sewage works.

Micaceous iron oxides (MIO) create the special lamellar structure which create a very tight paint film. This provides optimal barrier protection and corrosion resistance. This product is used as a sealer on Zinga, or as intermediate coat in a three layer system.

Vinyl enamel was then applied as a topcoat over the Zinga Zingalufer. Once sufficiently cured, the contractors could commence the fun job of fitting and glazing of the 1,600 glass panes! 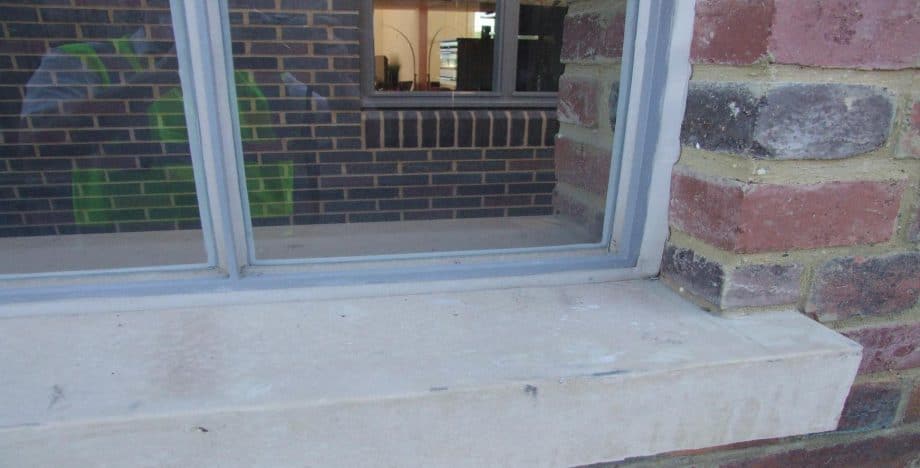