Built in the 1920’s and 30’s, the four chimneys of Battersea Power Station are a defining feature of London’s skyline. After heavy industrial use the chimneys bore the scars of discharging 500 tonnes of Co2 per hour over the course of half a century. With 30 years of being derelict with almost constant back and forth between architects, contractors and English Heritage stage one of repurposed power station is now open. The entire restoration of the Power Station is costing over £1bn and will soon completed.

Due to the composition of the concrete, the internal steel reinforcements had been under attack from corrosion from salt and Co2. With the risk of the internal works failing, the chimneys were soon to become a risk to the Grade 2* listed building.

Upon inspection, the inner and outer walls of the chimneys were separating causing further damage to occur via the gap. After full research from the contractors and English Heritage, it was decided that the safest option was to deconstruct the chimneys and rebuild them to be sympathetic to the originals. 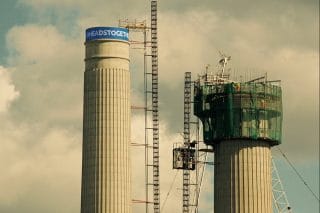 A two-level circular platform was constructed for surveying and reconstructing the four 101 metre chimneys. The first chimney took roughly a year to deconstruct and rebuild during 2016. For each chimney, approximately 600 tonnes of concrete were removed and a similar volume used in the rebuild. The rebuilt stacks are visibly identical but the pattern of the steel reinforcement and the composition of the concrete has been improved to make the new chimneys less vulnerable to corrosion.

Once the south west stack was completed, the remaining three chimneys were completed in a further year. This brought the Battersea Power Station back to its rightful place in the London skyline. 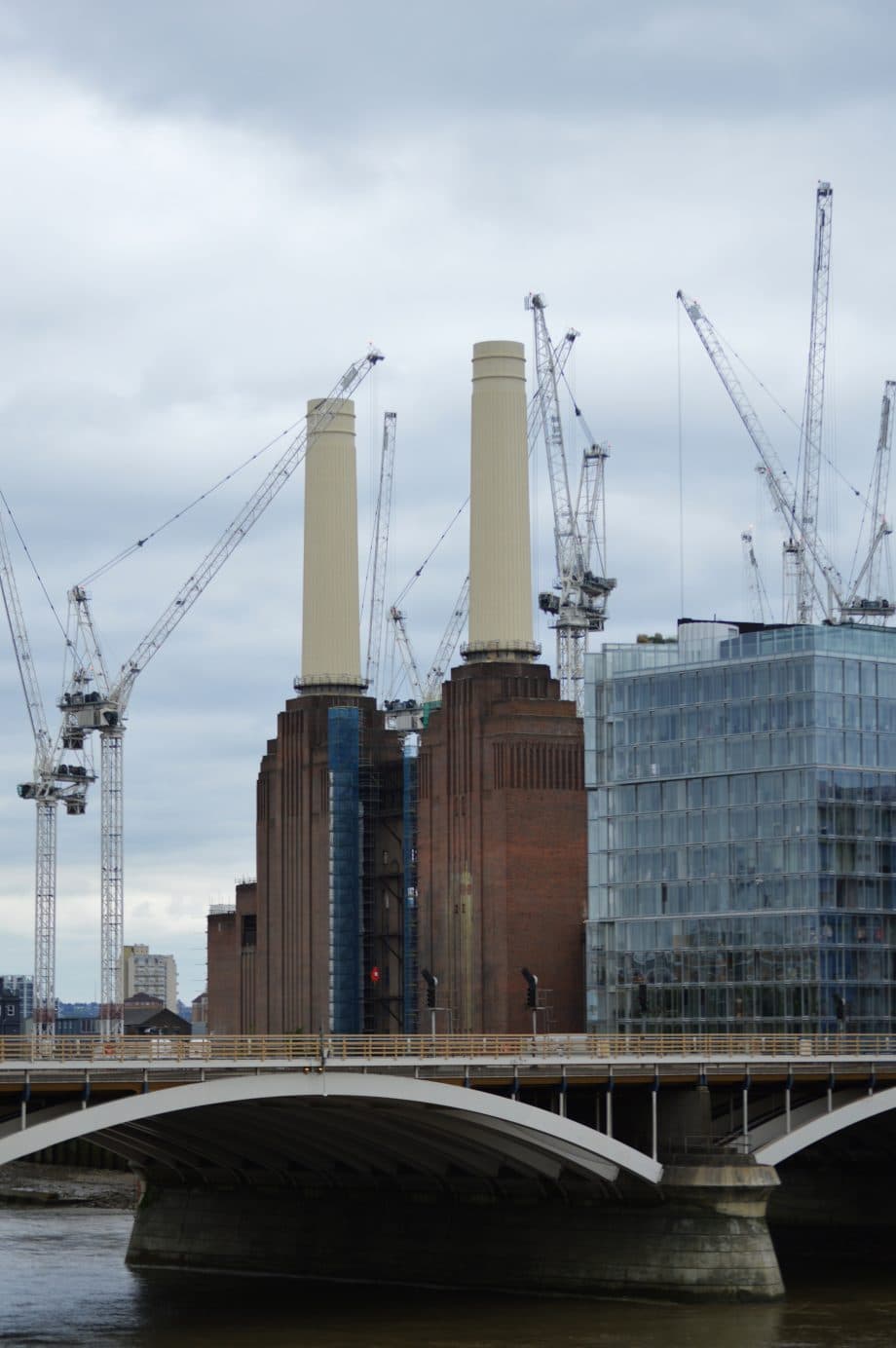 Through extensive site visits prior to the rebuild, the specifiers at KEIM suggested that Soldalit ME was capable of withstanding the heavy pollution of the London skyline with the added benefit of a long expected lifespan. 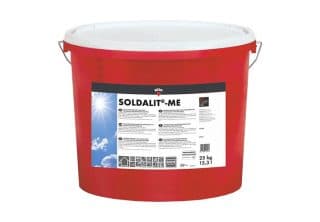 Keim Soldalit ME is specially formulated as a photocatalytic paint that is a durable exterior mineral coating. With the added advantage of staying cleaner for longer this paint is ideal for longterm protection of masonry. Formulated with titanium dioxide added as a catalyst enables a photocatalytic reaction which converts harmful pollutants into harmless nitrates. This breakdown of organic material and contaminants will reduce the build-up of dirt and grime on exterior surfaces caused by pollution from road traffic and industry.

Bacteria and fungal spores are also significantly reduced using this coating, keeping treated surfaces looking cleaner for longer. The photocatalytic reaction produced by Soldalit ME has been formulated to last the lifetime of the paint. Soldalit ME is also UV stable meaning that colours will not fade.

During the initial inspection, a series of paint flakes were removed from the chimneys. This was so the correct matching colour could be reused. After inspection using the spectrometer at KEIM, it was discovered that the original chimneys were painted in RAL 1015 – Light Ivory. 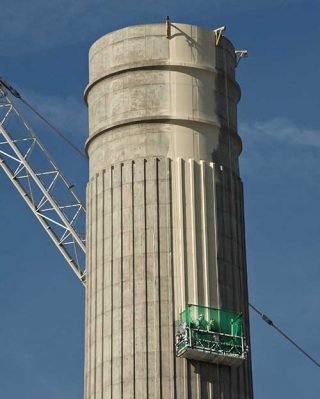 The aim was to finish the painting by the end of 2017. Painting at Battersea Power Station’s chimneys began at the end of May 2017.

Due to the length of time it would take to paint each chimney, it was decided that the initial base coat would be applied starting with the South East stack. This would be expected to be finished by September 2017. Once this base coat has finished, a final coat will then be applied to ensure all chimneys will age concurrently.

The painting process is being done sensitively using the same circular rig during the construction process. The rig will gradually ascend the chimney allowing the contractors to work safely and quickly.

Do you need to protect a heritage property or industrial site such as Battersea Power Station? Promain offer a wide selection of paint coatings. This includes leading manufacturers such as KEIM, Mapei, PPG, Sherwin Williams. We also supply traditional coatings such as Classidur, or a tallow exterior limewash. Contact our technical team today for further information. Furthermore, you can discuss your requirements on 01462 421333.