Promain were contacted by specifiers for the £19 million renovation of the 11th Century Lincoln Castle to provide suitable paints to in keep with the heritage and usability of the property. We specified Classidur Tradition.

After years of planning and development, Lincolnshire County Council developed a schedule for renovation of the building to develop it into a tourist destination.

In order to make the Grade 2 castle accessible for everyone, a wall walk was to be created with disability access so all visitors could appreciate the views of the city. Within the castle grounds, the three storey Victorian prison with Georgian annex required redecoration as mould and flaking had become apparent on the previous coating in various cells and the buildings ceiling. Also a subterranean vault was to be excavated to hold Lincolnshire Castle’s copy of the Magna Carta.

Additionally, a new Heritage Skills Centre was to be constructed which needed to fit into the surroundings with appropriate coatings to the exterior walls.

Upon discussion with Promain’s technical team, it became immediately apparent that the coating required to have a long lifespan. The paint also needed to be durable. As the building was to be open to the public during the maintenance and build, the paint needed to be low odour. Due to the age of the complex, it was important that the supplied paint be sympathetic to its heritage. 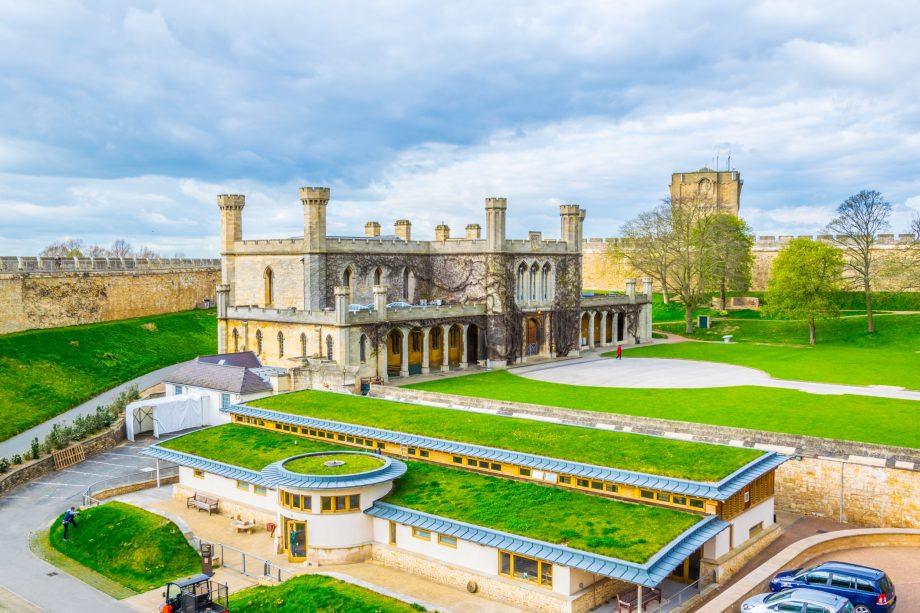 It was decided that a combination of Classidur Tradition and Classidur Superclassic be used due to it’s impressive history being used on a number of cathedrals, churches and English Heritage locations.

When it came to the underground vault for their copy of the Magna Carta, the specified paint needed to be anti fungal and low VOC so the not only it could cure properly but the vapour and smells would not linger as the building was open to the public. Classidur Tradition also benefits from being zero tension meaning the paint would not contract when drying causing risk of delamination of the previous layers.

With a total of 59 weeks on site over Spring and Summer 2015, the majority of the time on site involved the construction and repair of exterior walls, building of the wall walk, and excavation of the proposed Magna Carta vault.

Separately, 500 Litres of Classidur Superclassic were purchased for the renovation of the public areas. This was due to the paints optimum stain block and superior non yellowing, flat matt finish.

The renovation created a world-class visitor attraction which draws people to Lincolnshire from across the globe. Celebrating the Castle’s 950th anniversary in 2018, the team at Promain are proud to be part of the project.

Recently the prison has been used as a filming location for TV. Shows include series such as Downton Abbey and Call the Midwife. The complete project was successfully completed in-time to co-inside with the 800th anniversary of the Magna Carta.

Interested in our other internal coatings? Take a look at these product categories:

Or read these articles for more information: