Promain were contacted recently by the owners of a beautiful period home that over the years been extended. The outbuildings were converted into living accommodation which also happened to have windmill attached to it. The property is in Colney Heath, St Albans.

Having looked the plot up on Google Maps, it was found to be in a low-lying area close to a river. There were also old gravel pits where the water table was quite high. The owner of the windmill described the walls as suffering from large areas where the paint was peeling. A small number of the bricks even had moss growing on them.

Originally built in the 1850’s, the Grade II listed windmill had been converted into residential accommodation between 1999 and 2004. The building had been converted to consist of a four-storey tower with a domed cap. The working machinery inside along with the sails had long since been removed. Over the years, the building had fallen into a state of disrepair and had been unused for many years before renovation during the late 1990’s was undertaken.

Due to Promain’s close vicinity to the site and the confusing nature of the problem, our technical team felt it necessary to conduct an initial site survey to discuss solutions with the client. 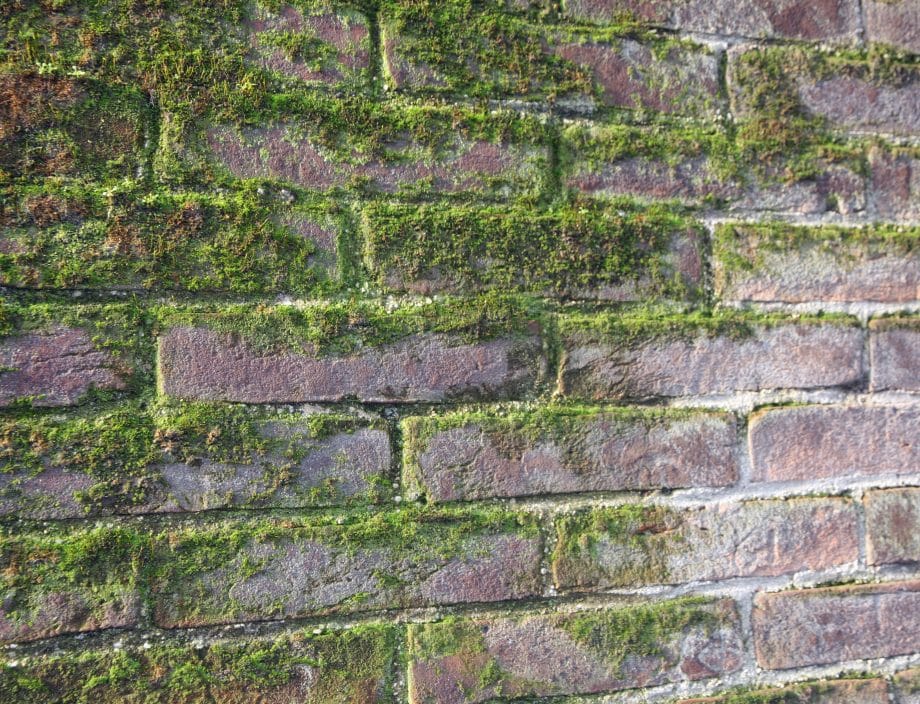 The site visit was carried out with the assistance of James Best from Keim Mineral Paints. This was due to the exterior paint applied during the previous renovation being produced by Keim.

On close inspection the exterior brickwork had had a render removed at some stage during its history before the Keim paint had been applied. The black coating applied to the bricks was showing signs of failure. This was extremely concerning as Keim mineral paints create not just a physical adhesion but a chemical bond to the surfaces. There were small areas where many of the bricks were suffering from moss and algae growth.

Between James from Keim and Mark from Promain, they both immediately knew there was a bigger issue at play. This was as the exterior of the windmill had been previously coated in a breathable Keim product. Theoretically, it was impossible for algae to be growing at all!

It became apparent upon inspection with a damp meter that the bricks were retaining water. The owner seemed puzzled when asked if it was possible to enter the windmill. It was found that the air was not only cold and damp but colder than the outside ambient temperature.

The owners of the windmill had left the building in disuse due to this incredible dampness found in the building. Even with an extraction fan fitted to the ceiling on the top floor the damp was still present. The owners commented that when they had left cardboard boxes within the windmill overnight, had found them to be sopping wet in the morning. Not an ideal situation for residence!

The homeowners had tried a catalogue of potential solutions including adding fanned ventilation to the dome of the windmill to no avail. They had also built up an expensive heating bill in the attempt to remove the water vapour.

Upon Promain’s inspection, the internal walls of the windmill had had many coats of standard emulsion applied to the walls. Due to the nature of vinyl emulsions that are not as microporous as a mineral paint, the bricks were essentially sealed by the thick layers of paint. By being sealed in this manner, the structure was suffering from condensation leading to mould growth internally.

Promain’s first recommendation was to remove the thick layers of emulsion from the interior of the windmill. To do so, a contractor was required to sand blast the internal walls. The process of low pressure blasting sand at the walls left behind near pristine brickwork bringing the walls back to their original state.

After sand blasting, the tower was inspected after around 48 hours. The client was shocked by how different the building felt. The cold dampness of the water vapour was already starting to lift. 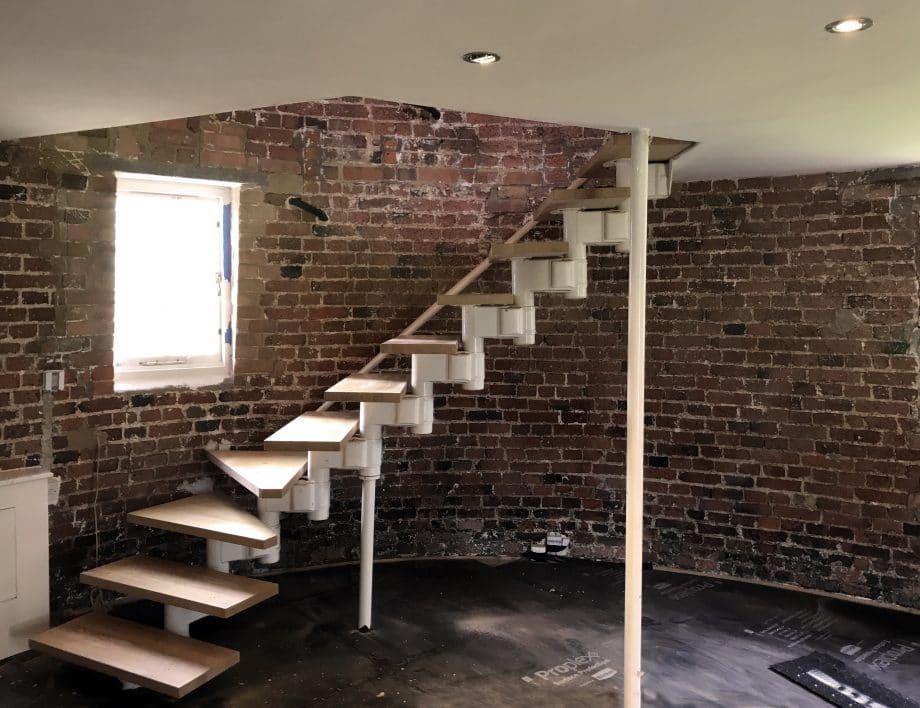 To protect the internal brickwork after blasting, Promain suggested the used of Keim Soldalit Fixativ. This flexible sol silicate binding agent was used undiluted onto the full 110m2 of porous internal brickwork. To fill any inconsistencies, Keim Spachtel was used to give a smooth finish.

Once the Fixativ had fully cured, 65m2 of the lower floors wall could be coated with 2 coats of Keim Optil. This was ideal as the client preferred a paint to be applied to the lower floors of the tower and the top two floors were left unpainted revealing the natural beauty of the stock bricks. Keim Optil has the benefit of being ideal for difficult lighting conditions as well as being a high performance internal wall solution. These mineral coatings were applied using Keim’s specialist brushes found on our website.

As the house wasn’t getting warm, the wet walls were soaking all the heat up. This was aiding the growth of the external algae. Now the internal walls were able to breathe, the algae would find it difficult to grow.

The client is incredibly impressed by both the professionalism of Promain and the quality of products provided. The owners now spend less on wasted heating, ventilation and maintenance due to the proper products being applied. The windmill is now a warm and inviting space and makes an enjoyable place to spend time in.

Our technical team have a wealth of knowledge and have built a strong reputation as leaders in the paint industry. If you have any questions in regards renovation of windmills or towers please contact our technical team on 01462 421333.

Want to read more of Promain’s solutions? Have a look at these: